Which Is Better-Native Or Hybrid App Development? 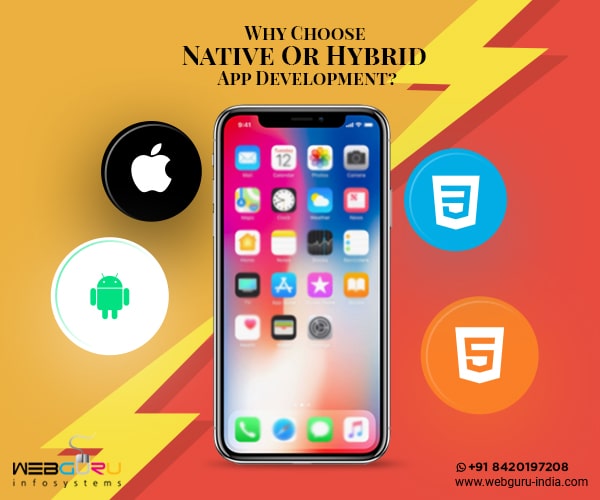 Smartphones have grown into perhaps the most personal device in the history of humanity. With your phone sharing more time with you than your significant other, it’s no wonder that more and more people are increasingly turning to mobile apps for solutions to their day to day problems. And as the demand for mobile apps continues to grow-according to businessofapps.com, currently there are close to five million apps for Android and iOS combined.

However, whether you are a business looking for an app presence or a would-be entrepreneur with the next killer app idea before you start to have your app developed you need to first decide whether you want to go with a native app or a hybrid one.

This is the one question that is bound to trouble anyone who tries to get an app developed. While both native and hybrid apps come with their respective pros and cons, how do you decide which is right for your business? To answer this question, and others, today we are going to look at the long standing battle between the two.

But before we dive in, let’s clearly understand what these terms actually mean.

Native Apps: What Are They?

Hybrid app development, however, is a different beast altogether. These are apps that are created to run in multiple environments and across a range of devices. As a result, developing a single app that runs on multiple platforms is possible. Hybrid app development requires the use of cross-platform technologies.

Originally, native apps were the only option available. Along with being fast, extremely powerful and highly responsive, native apps are typically the choice of app development agencies in India when it comes to executing demanding projects. The following are the pros and cons of Native apps.

Now that we have a clear idea about native apps, let’s clear the air on hybrid.

Time is a commodity in short supply these days, and time-to-market is a significant factor which decides the ultimate success of an app. Thankfully, hybrid apps can be developed and deployed much faster than native apps. For this very reason more and more businesses are choosing to hire hybrid app developers in India or elsewhere for getting their apps developed. Apart from speedy development, the following are some other pros and cons of hybrid apps.

Which One Is For You?
As with everything, there’s no one size fits all answer to this question. We have clearly understood that both native and hybrid apps have their advantages as well as disadvantages. The choice regarding whether to go with native or hybrid should be guided by your business requirements, time constraints and of course budget. And in case you feel you can’t decide for yourself, you can take the help of any top mobile app development company.

Mr. Rajdip dwells in the world of mobile applications and is an avid purveyor of the latest trends in mobile app development. In addition to his interests in technology particularly pertaining to mobile apps, he is an avid writer as well.