It is extremely hard to imagine a life without the internet these days. Starting from searching for some information on the web to ordering items online to keeping in touch with friends and family and more, the internet has certainly made life a lot easier for us. The internet has brought the entire world within our fingertips adding to our convenience and comfort. However, the internet that we see today looks a lot different from what it used to be quite a few years back. With the rapid advancement of technology, things have undergone a huge change leading to the creation of websites that ensure a great user experience. Here’s a look back at the things from the past and what website design looks like in the present day world. Though, interaction through connected networks started during the 1950s but, it was actually in the year 1990, the first web browser (WorldWideWeb) was introduced by Time Berners-Lee. During those times, a web page consisted mostly of plain text without any fancy pictures, videos or fonts.

With the advent of the internet, the need for website design arose. Designers were now focusing on textual effects that can offer an attractive look to the web pages. In the year 1993 the first web browser, ‘Mosaic’ was released which allowed web developers to include images within the web pages. Mosaic offered support for web forms as well as .gif images and this marked the beginning of a new journey towards innovations and betterment of the internet.

W3C or World Wide Web Consortium was established in the year 1994 to develop guidelines and protocols that will ensure the growth and development of the web in the best possible manner.
Netscape remained as the preferred browser during the mid 90s however it was soon replaced by the Internet Explorer. This was the time when website design was starting to take a new form with the introduction of tables, images and frames.

Developed in the year 1996, Flash opened up new designing opportunities by allowing designers to put their creativity into effect. New features started to crop up like neon colors, background images, splash pages and 3D buttons. Though, Flash technology wasn’t that popular in the beginning but, it soon started to show its effect a couple of years later.

This was also the phase when web development toolkits like GoLive, DreamWeaver, etc started to appear. By this time, the focus of majority of businesses were shifting towards owning a website as they could feel that there is something good in it for everybody.

Interaction with a website was now possible for the users but it was limited. Computer programmers who were only concerned with writing words so as to connect with people all over the world now became more interested in creating web pages that would not only look good but engage the readers.

In the year 1998, PHP3 was released which proved to be a significant development in the field of website design and development. Search engine marketing was starting to take shape and the focus was shifting towards websites that not only looked good but offered informative content.

A Steady Progress towards a Better Future

CSS or Cascading Style Sheets made their appearance in the year 2000 and instantly gained popularity among the web designers. CSS helped web designers to work on graphics without involving content in it. Defining some of the most crucial elements of a web page like background color, font, text size, etc. became a lot easy with the arrival of CSS.

Although, JavaScript made its entry in the year 1995 but, it wasn’t able to make a strong impact. It was only after Microsoft rectified Y2K date method concerns, JavaScript started to show its real power. Website table layouts made their exit and data computation along with animated menus was successfully attempted without the need to use Flash.

There is absolutely no doubt about the fact that, the web has transformed in a huge way over the last two decades. In 2014, we have already seen the arrival of some exciting new trends in website design that have further added to the enhancement of web experience for the users. Website design has turned out to be a lucrative and profitable profession offering numerous opportunities of growth and development to aspiring candidates. The evolution and growth of Web 2.0 along with the growing popularity of social media platforms has indeed transformed the way people used to look at the web till a few years back.

The arrival of smartphones and tablets has also led to the inception of responsive design for websites and brought upon a new task upon web designers to re-evaluate how websites should be structured. Things are so far going in the right direction and hopefully further advancements and innovations will continue to add to the experience, convenience and comfort of the web users.

Enjoyed reading the blog as it traces back the origin of web design and observes the changes that have taken place till date. The chronological relating of the facts and events from the rise of the genre to the present situation is indeed interesting to go through. Good work and great presentation of facts. 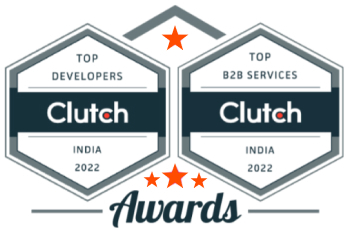