Why and How to Use Hashtags on Social Media 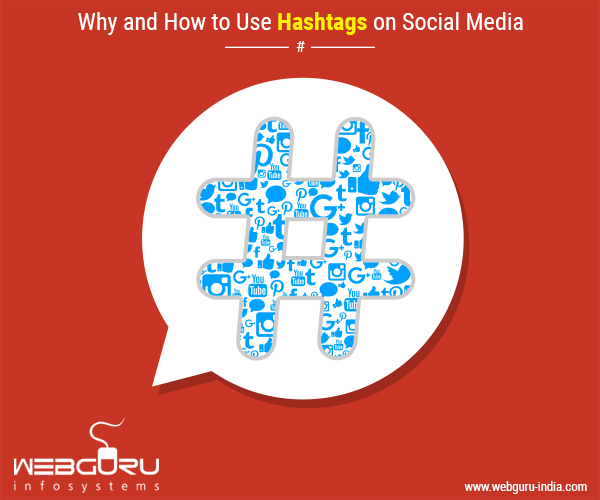 Remember those days when the ‘hash’ symbol used to be just another button on the telephone dialpad? Well, that’s all history. With social media having taken the world by storm, there is probably no one who is unfamiliar with this symbol. In fact, the symbol ‘#’, also called the ‘hashtag’, is so popular that it has been added to the Oxford dictionary. However, it is appalling how the internet savvy generation actively misuses this symbol without realizing its true utility.

The Introduction of Hashtags

Back in 2006, when Twitter came into being, it was one of the most unique social networking platforms (although social networking was an unfamiliar term back then). With the introduction of Twitter came hashtags but who knew this would become so insanely popular, especially among the social media marketing services 10 years hence! In 2007, this social media platform started using the “#” symbol in front of words in order to create groups. However this trend seemed to have picked up well with the users back then. Twitter decided to hyperlink these tagged words or phrases, which commenced the use of the first hashtags in their truest form.

The Original Utility of Hashtags

These days, most social networking platforms use the concept of hashtags – starting from Twitter to Facebook and Instagram. But what is the importance of tagging words and phrases? Twitter has the most strategic utilization of hashtags till date, as they group the most popular words and phrases to bring together the ‘trending’ feature of the platform. This way, users can get to know about the issues, events and affairs most people are talking about at the moment. This trend has somewhat trickled down to Facebook as well, with most popular stories being populated on the platform. So is the case with Instagram. This photo sharing social platform allows using hashtags to group relevent photographs from around the world and feed them to users through search queries.

Where the World Has Gone Wrong

It is quite common that once a trend is set, people start following it blindly, irrespective of whether they are doing it right. Such is the case with this social media tool. You may have spotted hashtags such as “#happyme”, “#nevermind” or “#justkidding” but that is not even close to how it should be used. Today, people use the symbol before random words, which no one else in the world would likely search for. As a result of this, the posts lose their relevance and visibility. In fact, these tags are completely useless and are more likely to be counted as spam. With so many users misusing hashtags, social media can now distinguish useful tags from spam ones and thereby filter them out.

How Hashtags Can be a Great Social Media Tool

For individuals and companies who have a proper social media marketing strategy for their businesses, using hashtags can be a great way to reach out to people. Search takes place everywhere on the internet. In fact, a lot of people use hashtags to search the web. Any search engine is smart enough to understand hashtags and can deliver appropriate results. So hashtags can indirectly complement your Search Engine Optimization strategy. The concept is something like this. The more people use a particular hashtag the more traction it will gain and the higher it will be ranked in search results. This is because when thousands of people start using a specific hashtag, all posts containing that tag get grouped together. When a person clicks on the hyperlink of the tagged word or phrase, he or she will get to see all the posts containing the tag, in one place. Hence when you use a hashtag, it should be meaningful and relevant to the post. Overcomplicating or using too many words in a hashtag leads to loss in coherence and turns it into a spam, also called a “bashtag”.

Hashtags can be a very useful tool for creating awareness about something on the social media. However, it should be used with caution. Just as its overuse can quickly create a social buzz, misuse can lead to hashtag spamming, which can be detrimental to your social media campaign. To ensure the use of hashtags in the correct way, engage a top internet marketing agency India today!